Photo by Carl Hyde. Not to be used without permission

“unequivocally, one of the gigs of the year” Jazzwise 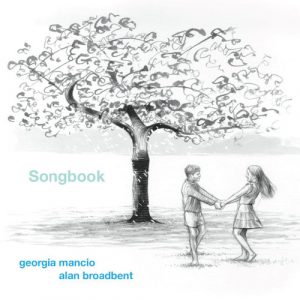 In April 2017 they released their first album of co-written originals with a sold out debut headline show at world-renowned Ronnie Scott’s Club  with subsequent club/festival dates in Europe. Last summer they completed their first US tour with dates including the acclaimed Rochester International Jazz Festival  and New York jazz club Kitano.

Alan is recognised as one of the world’s leading jazz artists with credits as impressively far-ranging as Charlie Haden, Irene Kral, Diana Krall, Natalie Cole, Woody Herman, Johnny Mandel and Paul McCartney. Georgia has proved herself one of the UK’s most original, adventurous and multi-faceted new artists, with work including Bobby McFerrin, Sheila Jordan, Ian Shaw, Liane Carroll, Jason Rebello, Gwilym Simcock and her own international voice festival – ReVoice!

After discovering a mutual appreciation of Great American Songbook writers Harry Warren, George Gershwin and the formidable team of Rodgers and Hart, Alan invited Georgia to write a lyric for ‘The Long Goodbye’ – an evocative piece originally conceived for Charlie Haden’s Quartet West. It coincided with Georgia’s final visit to her late father’s house and became ‘The Last Goodbye’ – a subtly emotional story of loss and coming of age. One song organically led to another and in a prolific 9 month period they reimagined some of Alan’s earlier recorded work (‘Just Like A Child’, ‘The Journey Home’, ‘One For Bud’); brand new creations (‘Hide Me From The Moonlight’, ‘Lullaby For MM’) and even a piece composed by Alan at just 17 years old (‘Where The Soft Winds Blow’).

Songbook was recorded in 2015/16, produced by highly esteemed bassist, engineer and record label owner Andrew Cleyndert and features bespoke illustrations by artist Simon Manfield. The release date marked Alan’s 70th birthday and is the first time his music has been heard entirely with words. He has previously collaborated with esteemed lyricist Dave Frishberg and vocalist Mark Murphy.  Georgia’s lyrics have been approved by Pat Metheny, Osvaldo Farres and British composers Kate Williams and Tim Lapthorn and this is her first full collection of original writings.

Songbook is a haunting, hip and harmonious collection of stories within stories. Alan’s sophisticated melodies and peerless arranger’s ear find their perfect match in Georgia’s superbly crafted lyrics of both beauty and bite. Through journeys and resting places, childhood and old age; from bebop to brooding ballads and bossa novas: The Georgia Mancio / Alan Broadbent Songbook continues the lineage of the great jazz writing partnerships but thematically and musically looks to setting the new standards of the future with poise, passion and unmistakable personality.

“impossible not to be seduced” Jazzeseruido (Spain)

“a highly sophisticated and classy piece of work. The combination of Broadbent’s glorious melodies and Mancio’s intelligent and evocative lyrics works particularly well and the musical performances from all four protagonists are excellent throughout”  The Jazz Mann (UK)

“a superb album and destined to remain forever embedded in the Jazz songbook lexicon…This pairing of voice and harmony, lyrics and melody could hardly be improved upon”  JazzLocal32 (New Zealand)

“This collection…glows with the kind of craft, style and elegance that was routine in the Golden Age of Song but is a rare delight today….triumphant collaboration” MOJO 4**** CD of the Month

“Pianist and composer Alan Broadbent has found his lyricist. Further good news: in their Songbook, Georgia Mancio sings her words to Broadbent’s songs with taste, feeling and faultless intonation.” Rifftides (US)

“These are sophisticated well-crafted songs, and the musicianship is outstanding. Georgia Mancio’s singing is appropriately elegant, Alan Broadbent’s playing is immaculate, and Oli Hayhurst and Dave Ohm provide faultless bass and percussion throughout”  LondonJazz

“unequivocally, one of the gigs of the year….Heartfelt, intimate and engaging, this was one of those memorable nights where the music-making was completely transporting. Every lover of song will want to add Mancio and Broadbent’s tour de force to their collection”  Jazzwise (UK) – Ronnie Scott’s 2017

“What an amazing, vibrant and completely sold out Ronnie Scott’s….A wonderful night of jazz for grown-ups … which ended with that kind of applause that made you feel that you had been in on something special”  LondonJazz (UK) – Ronnie Scott’s 2017

“a magnificent example of strength and talent… one of the best performances I’ve seen this year….10 out of 10!”  Jazz in Europe – Ronnie Scott’s 2017

“this was Rodgers and Hart, George and Ira, Berlin, Porter, Jerome Kern and Dorothy Fields born again in a different century. It didn’t, it couldn’t, get any better than this…”  Bebop Spoken Here (UK) – Gateshead International Jazz Festival 2017

“The material had an elegiac quality…If you love the golden age of the American Songbook, you’ll appreciate the achievement of this partnership in extending it.”  Jazz Journal (UK) – Gateshead International Jazz Festival 2017

“It is almost like hubris, when Alan Broadbent & Georgia Mancio also call their album “Songbook”. In the KulturForum .. it became clear that the pianist and singer indeed set new standards.”  Kieler Nachrichten (Germany) – Kiel Kulturforum 2017

“The songs, with their fresh, and wonderfully clearly delivered Mancio lyrics, have charm and character, and are always reminiscent of, yet different from, other points from the canon”   LondonJazz (UK) –  Pizza Express Jazz Club 2016

“These were songs of real beauty and sophistication, that surely deserve to join the Standards repertoire – arranged, played and sung with great passion and skill”  London Jazz News (UK) – Pizza Express Jazz Club 2015

“Mancio’s velvet tone and sensitive lyricism are as beautiful as ever, but with Broadbent, whose scintillating accompanying piano reveals new details in even the best-loved song, they’re unmissable.” Culture Whisper (UK) – London Jazz Festival 2013, nominated Best of 2013 Jazz Gigs 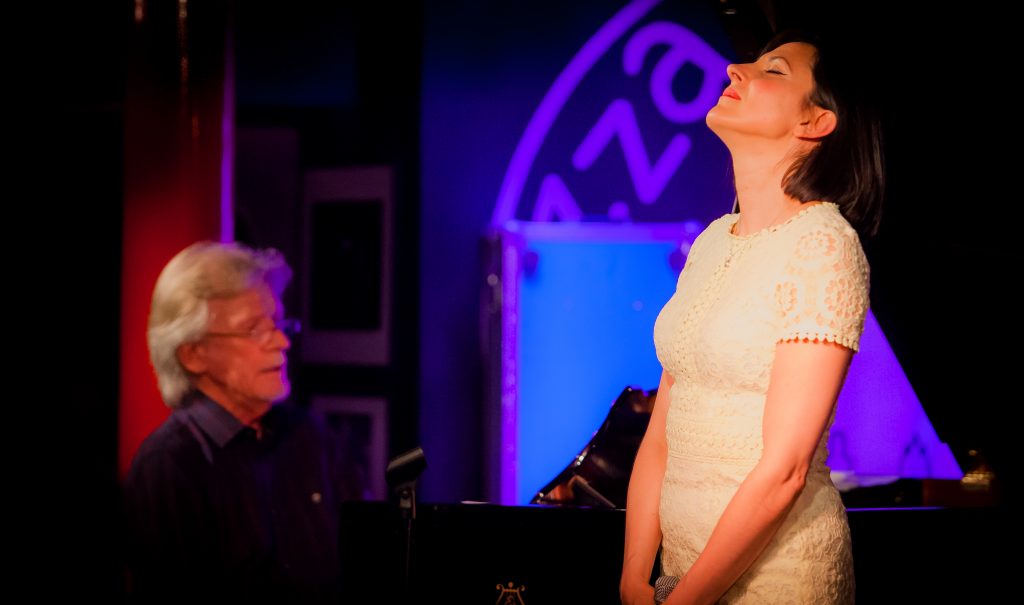