Georgia talks about the second edition of her Hang at the Pizza Express Jazz Club with collaborators including Gareth Lockrane, Alina Bzhezhinska, Trish Clowes, Nikki Iles and Maurizio Minardi. 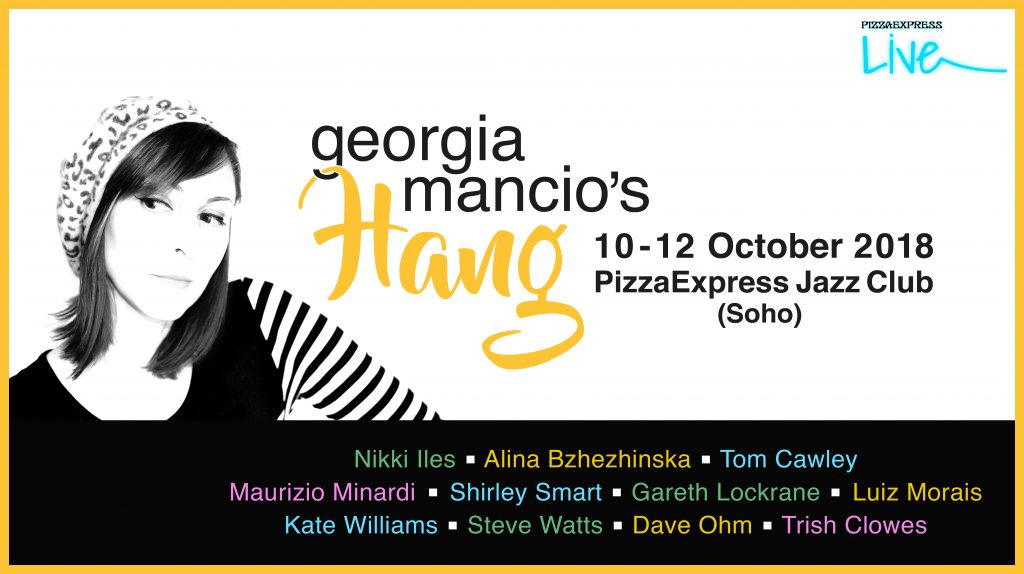 With her new album, Songbook, due for release on 23rd April and its official launch at Ronnie Scott’s recently, vocalist and lyricist Georgia Mancio tells me about her work with pianist Alan Broadbent, Peter Vaughan, her beloved late father-in-law and much more.

“Every now and again something special comes along, and when Songbook was released last month it was readily apparent that this was one of those moments. An album that is utterly contemporary, completely within the tradition of the Great American Songbook, and yet not in awe of it. Indeed, such is the quality of the music and lyrics on this startlingly beautiful and original album that it is arguable that the songs by Georgia Mancio and Alan Broadbent deserve a place among them.” 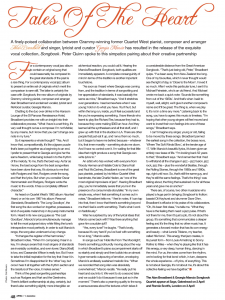 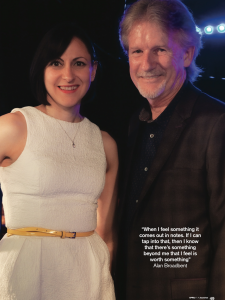 “Georgia Mancio has climbed musical mountains in the last five years, curating and organising the annual ReVoice! vocal festival as well as forging a solo career of increasing distinction and character…. Where some artists might deliberate and waver, Georgia Mancio simply acts.” 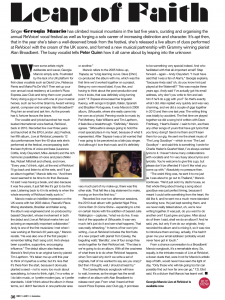 LondonJazz interview on Live at ReVoice!

Vocalist Georgia Mancio took a year off from promoting the annual Revoice! Festival this year, and has been actively involved in a songwriting project with Alan Broadbent. She has also made a 12 track compilation of her own performances at Revoice! which will be released on November 26th as a CD. the launch is at Pizza Express Dean Street on Monday November 16th. She explained the background to this album release and the many collaborations it represents to Sebastian Scotney.

Georgia talks to Alison Bentley about the songs she has co-written with double Grammy-winning pianist/composer, Alan Broadbent, and their forthcoming Songbook Tour.

“ReVoice! is the brainchild of Georgia Mancio, a subtle but potent British jazz vocalist whose impressive discography includes albums such as her 2003 debut Peaceful Place and the excellent follow-ups Trapeze and Silhouette.” 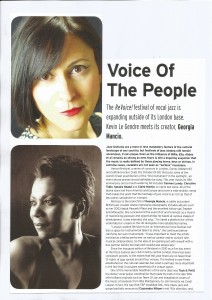 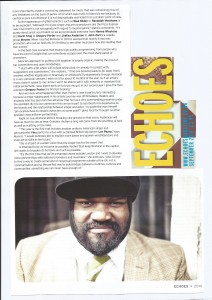 “As well as being a first-rate vocalist and bandleader, Georgia Mancio has built quite a reputation for herself as curator of the increasingly successful ReVoice! Festival…. Mancio is gaining deserved praise for her endeavours and overall vision.” 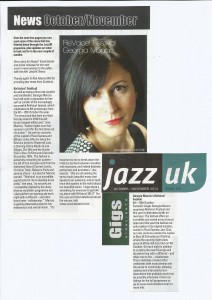 All About Jazz feature and interview

“The ReVoice! Festival’s success is due to many factors: intelligent programming, audience-friendly venues and talented and entertaining performers are all crucial. So, too, is the dynamism of the festival’s founder and director, Georgia Mancio—herself one of the UK scene’s top singers.” 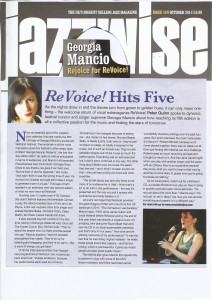 “Not forgetting Mancio herself, of course, who sings at every gig, either supporting or as the main act. Her repertoire of standards, with a strong international flavour (she sings in five languages), is acknowledged as one of the most stylish and diverse on the jazz scene, and she is a widely sought-after act, both live and on CD”

“ReVoice! is dialogue, drama, renewal, innovation, surprise, emotion, chops, quality and quantity. It is for absolutely everyone because skilful, heartfelt, creative, inspiring, joyful art is something we all need much more of in our lives”

“It’s made me braver, more opened minded, more ambitious, more consistent and more determined than ever to be the best performer and vocalist I can be” 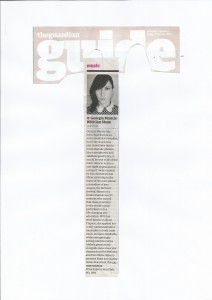 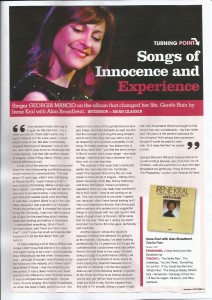 “An award-winning vocalist in her own right, Georgia not only curates and presents the festival but also performs the opening set each night. Little surprise, then, that the [Pizza Express Jazz] Club has named a cocktail after her” 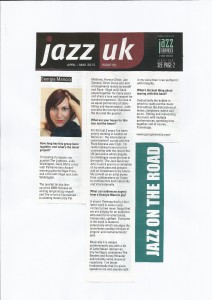 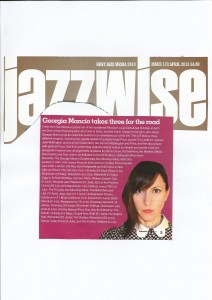 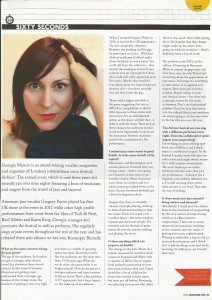 All About Jazz interview

An in depth interview with Bruce Lindsay about Georgia’s early career and beginning her international voice festival ReVoice!

Georgia talks about ReVoice! 2012 and what’s next 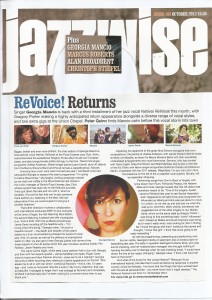 The Girls Are interview

The Guardian Pick of the Week 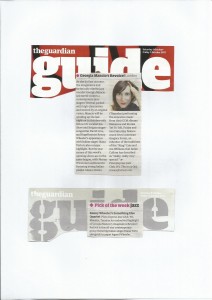 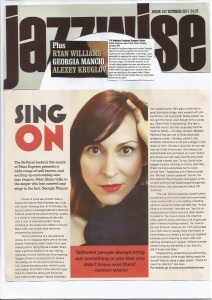 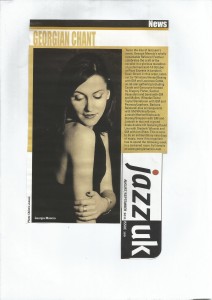 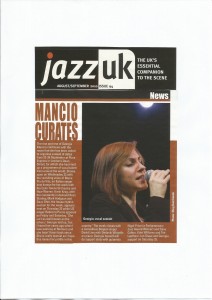 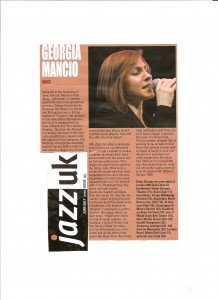 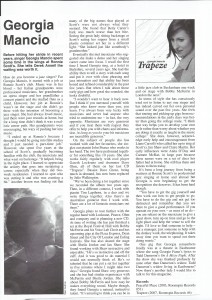 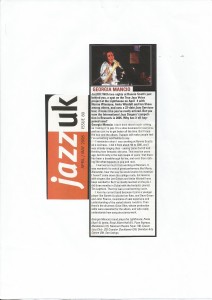