“an object lesson in subtlety, in understated interpretation, in the impact of nuance…. Mancio can re-invigorate a lyric with the slightest shift in emphasis, timing or intonation….It’s beautiful”

All About Jazz reviews ‘Come Rain or Come Shine’

Subtlety. It’s a useful characteristic in many walks of life. It’s underused, too. Come Rain Or Come Shine, the first recording from the partnership of singer Georgia Mancio and guitarist, Nigel Price, is an object lesson in subtlety, in understated interpretation, in the impact of nuance. It’s really rather good.

Mancio and Price are well-established performers with growing reputations—Price’s Organ Trio won the 2010 Parliamentary Jazz Award for Best Ensemble, Mancio’s third album, Silhouette (Roomspin Records), was one of 2010’s best albums. They recorded Come Rain Or Come Shine in two afternoon sessions in London’s Loft Studios. Each track was recorded “as live,” with no overdubs. It’s not clear if the 10 tracks were all first takes, but there’s a spontaneous, fresh, feel to the entire album: nothing’s been over-thought.

Such freshness is especially notable given that this is a collection of classic songs. What more can be done with “Falling In Love With Love” or “Moonlight In Vermont”? Plenty, it appears. Mancio and Price breathe new life into these old standards with the subtlest of changes. Mancio can re-invigorate a lyric with the slightest shift in emphasis, timing or intonation: Price is equally stylish on acoustic or electric guitars, his playing demonstrating real empathy with the emotions of each song.

Come Rain Or Come Shine is credited to Mancio and Price “with Julie Walkington.” It’s true that the bassist (who featured on Silhouette) stays predominantly in the background, but her playing is crucial to the success of the album. Whether she’s swinging at an impressive tempo (“That Old Black Magic”) or playing with a measured economy (“Manha De Carnaval”), Walkington provides the rhythmic anchor for Price and Mancio’s melodic journeys.

Two numbers serve to emphasise the strengths of Come Rain Or Come Shine. “That Old Black Magic” gets its drive from the aforementioned swinging bass. Mancio joyously plays with phrasing and tempo. Price takes off with a solo which is simply superb. Fast, flowing, melodic and full of invention, it mixes lightning-fast single note runs with full, rich chords—a perfect match for Mancio’s sparkling vocal. The song’s upbeat, positive and excited view of love is followed by “Softly As I Leave You,” a tale of love’s end. The sudden shift in mood, tempo and narrative is quite breathtaking. Price sits this one out, giving Walkington a chance to take a lead instrumental role as Mancio crafts a heartbreaking vocal.

Sometimes subtlety just doesn’t cut it. Come Rain Or Come Shine is much more than “really rather good.” It’s beautiful. 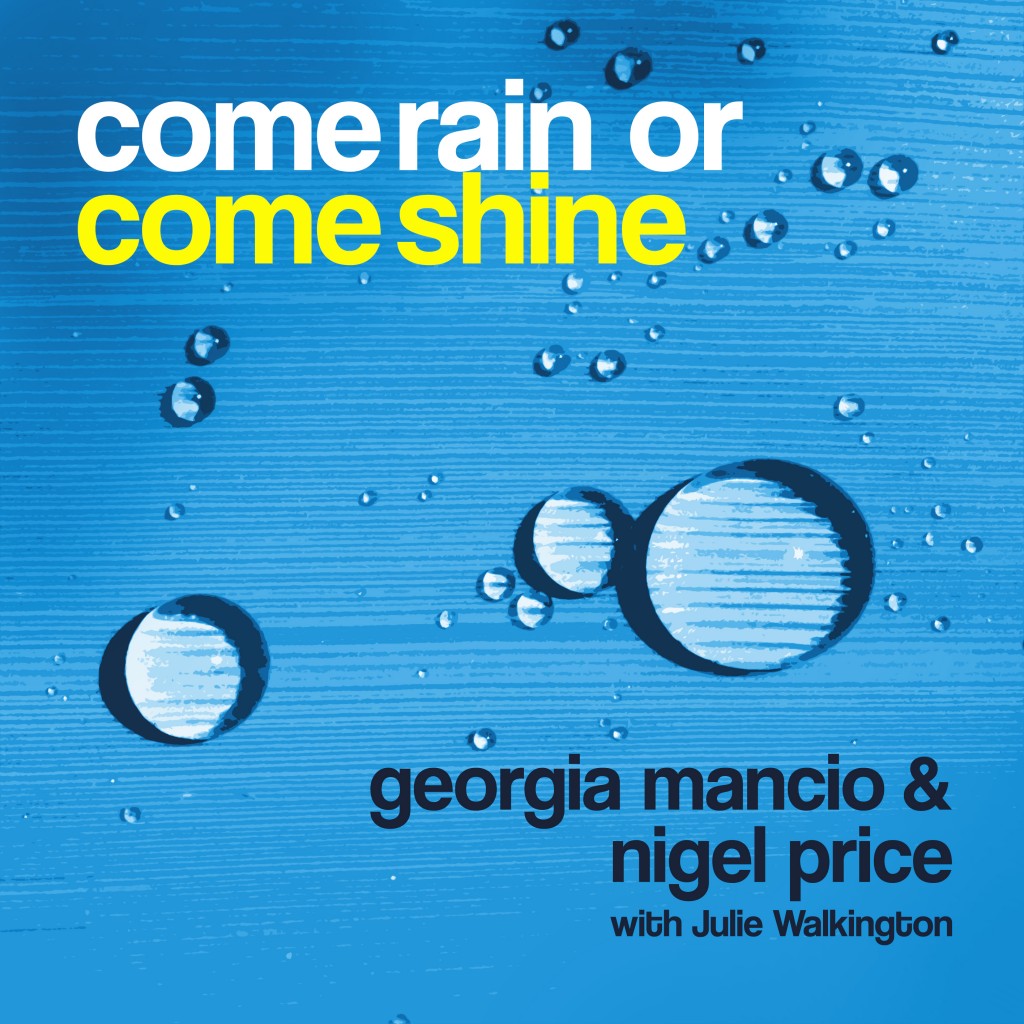