Elaine’s career began at just sixteen, singing in her father’s band. She has gone on to conquer radio, stage, TV and screen: starring in musicals Finian’s Rainbow, Bubbling Brown Sugar and Kern Goes To Hollywood (London and Broadway), and as a straight actor at the National Theatre, and in films including Ken Russell’s Mahler.

She has performed globally from the Royal Albert Hall and Ronnie Scott’s to aboard the QE2, with luminaries including Andy Williams, Herb Ellis, Stephane Grappelli, Michel Legrand and the London Symphony Orchestra. On record, she has collaborated with Victor Feldman, Tony Coe, Alan Branscombe, Eddie Thompson, Pat Smythe and pianist Brian Dee on recent albums ’Swonderful and But Beautiful.

A recipient of the Special Award in the 2013 Parliamentary Jazz Awards, we are honoured to welcome this world-class vocalist and performer to Hugh & Marion’s.

With a little serendipity, and thanks to the recommendation of club regular, vocalist Jacqui Hicks,  Georgia and Dave stepped in. They will continue Hugh and Marion’s legacy, presenting bi-monthly Thursday concerts at the welcoming Eltham Warren Golf Club, the home of Eltham Jazz since 2014. 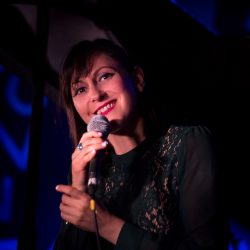 Her collaboration with Grammy-winning pianist/composer, Alan Broadbent, has yielded two albums (Quiet Is The Star, Songbook), a book of songs and performances across Europe and the US. 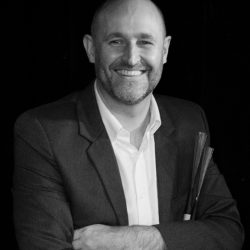 He has collaborated with Georgia for over 20 years: as the drummer in her regular quartet, and co-producing/playing on her albums Trapeze (2008), Silhouette (2010) and Songbook (2017).

“As we learn more about the work Hugh and Marion did to keep the club going: so many gigs for so many musicians over so many years, we are truly humbled and grateful for this opportunity. Thank you to Hugh and Marion’s family and the loyal regulars for giving us your trust and support. We will do our best to nurture the club and make it thrive for as long as possible, knowing how precious and essential music, art, creativity, community and connection are for us all.” Georgia Mancio & Dave Ohm

A NOTE FOR MUSICIANS

As working musicians ourselves, we fully appreciate the hustle, but as we find our feet, we are only inviting artists ourselves directly. So if we don’t reply to your messages, please don’t take it personally. We’ll update you if this changes. Thank you.