A follow-up to the outstanding Songbook album released in 2017, Quiet Is The Star presents a further nine beautifully crafted songs from the dream pairing of pianist/composer Alan Broadbent and vocalist/lyricist Georgia Mancio. Produced once again by Andrew Cleyndert, highlights include ‘When You’re Gone From Me’, a song that features music originally penned by Broadbent at the tender age of 16 which – over half a century later – takes on a new lease of life here courtesy of Mancio’s poignant lyrics. On songs such as ‘Let Me Whisper To Your Heart’ and ‘If My Heart Should Love Again’, words and music fuse so powerfully that each song’s emotional arc grips you to the very end.

Dedicated to Sandra Bland, the 28-year-old African-American woman whose death in police custody in Southeast Texas was considered a turning point in the Black Lives Matter movement, the affecting ‘Tell The River’ resonates strongly in the memory, as does the all-too-brief paean into friendship and family, ‘All My Life’, dedicated to Mancio’s sister.

If you slightly miss the variation of tempo which Songbook offered – the adrenaline swing of ‘One For Bud’, the joyous bounce of ‘Just Like A Child’, the animated waltz-time of ‘Forever’ – the quality of the songwriting is such that you sense this has become a collaborative lodestone possessing its own irresistible force. The almost hymnic title track is a case in point, a sotto voce meditation which simultaneously embraces the transience of life while celebrating the ties that bind.

Penned between 2014 and 2020, or 33 of the duo songs have recently been published in their new book, The Songs of Alan Broadbent and Georgia Mancio, a must for all lovers of song. 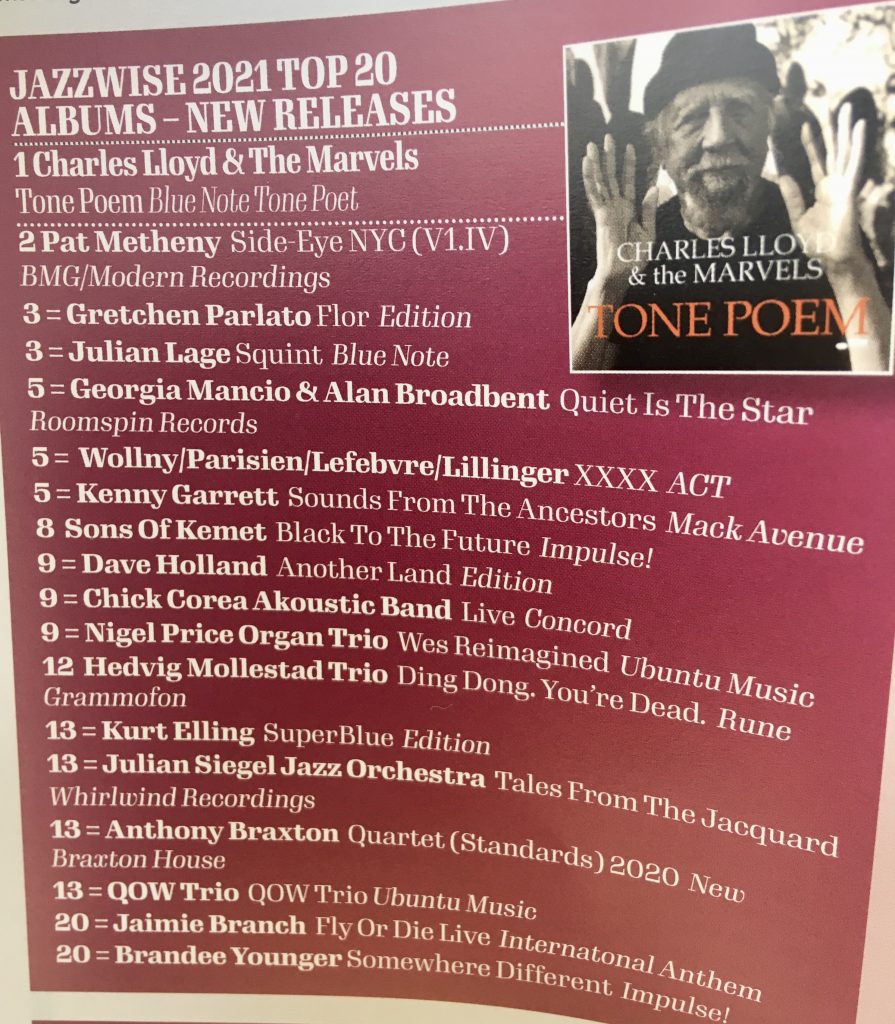