Double-Grammy-winning jazz pianist/composer Alan Broadbent (Natalie Cole, Diana Krall, Pat Metheny) and multi-award-winning vocalist/lyricist Georgia Mancio (Kate Williams, ReVoice! Festival, Ian Shaw), cement their internationally acclaimed reputation as “one of the most formidable songwriting partnerships of the 21st century” (Jazz Views) with a new album, Quiet Is The Star, and the publication of The Songs Of Alan Broadbent and Georgia Mancio – a book of their 33 originals.

Quiet Is The Star spotlights the purity and parity of the duo setting, in nine co-written songs exploring the ties we weave in life: sisterly, maternal, romantic, universal. One voice, one piano, one dialogue. Georgia’s deeply nuanced singing (“sublime, clarity and poise personified, intimate yet dynamic”, Jazzwise) is embraced by Alan’s rhapsodic solo piano, indicating the breadth of his musicianship, from accompanist to Big Band/orchestral leader.

Recorded in late 2019, Quiet Is The Star follows their first album of originals, Songbook (2017) – described as “pure perfection” by JazzWax – and re-unites with producer Andrew Cleyndert and artist Simon Manfield, whose bespoke watercolours perfectly accompany the subtle variations of mood. 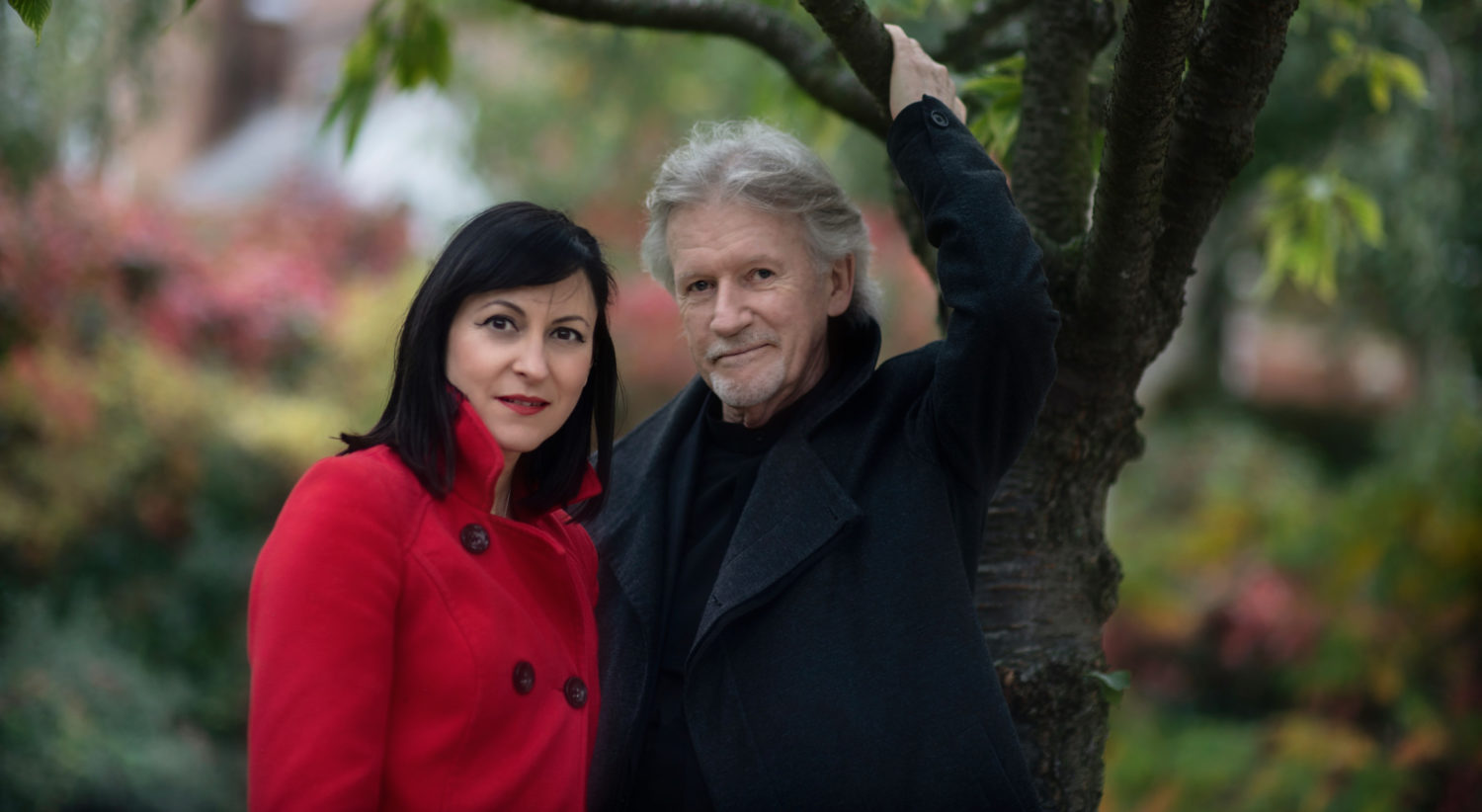 Q & A with Georgia Mancio

Hello Georgia, we’d like to say a huge congratulations on the release of your highly anticipated album Quiet is the Star with Alan Broadbent.

You have an incredible back catalogue of music, what was your introduction like into the world of music?

Both my paternal grandparents were professional pianists and my grandmother was also a classical singer. My dad inherited their great musicality even though he was not a musician. Every morning, before taking me to school he would play Beethoven, Mahler or maybe Liszt so when he temporarily diverted to jazz, it was light relief and immediately drew my ear.

There was Frank Sinatra and an incredible box set which included Carmen McRae, Lambert, Hendricks and Ross, Anita O’Day and Irene Kral so with these and a good dose of classic Hollywood musicals, I started learning jazz standards by osmosis. I also played flute as a child and had some fantastic musicianship lessons from a neighbour who was a violinist with the LSO. So overall, a lot of encouragement and positive experiences but also some realisation, from my grandparents, that professional life was tough.

What initially drew you to singing and writing music?

I think with singing it was always because of the stories in the songs and the fascination with the different timbres and personalities of individual voices. To sing is really to expose yourself, to be vulnerable and, as my grandmother warned me, it’s a long process and one that goes hand in hand with human development.

Writing also came slowly and organically, after about 10 years of singing professionally. I’m a lyricist, still drawn to those stories and characters. I will always love interpreting other people’s work but I definitely felt an empowering shift once I started writing and singing my own words.

Who and what have been your main influences throughout your musical life?

So, so many because as well as listing favourite artists (including Betty Carter, Carmen McRae, Elis Regina, Jon Hendricks, Abbey Lincoln, Anita O’Day, Milton Nascimento, Norma Winstone), I really learnt my craft on the job, not in school. Every musician I was lucky enough to play with, particularly in the years just before and after turning
professional, helped reveal a bigger picture. I also worked for 5 years part-time at Ronnie Scott’s in that period, and seeing so many world-class artists, excelling in both musical craft and performance skills had a huge impact and went in deep. 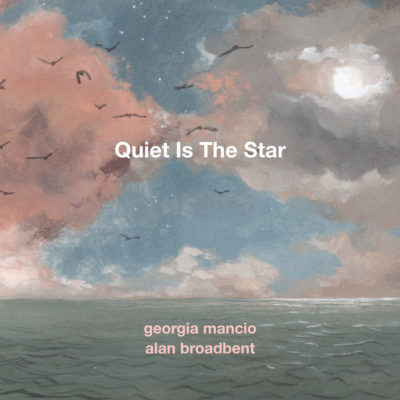 QUIET IS THE STAR:

This is a co-release with the wonderful Alan Broadbent. You have been performing with Alan for a number of years, but what was it like to work on an album as a duo? Were the processes very different to that of a solo album?

I really think of all of my albums as collaborative projects as far as the music is concerned. Each has shown a different direction and aspect and I couldn’t have done that without support from my musical collaborators.

My previous album, ‘Finding Home’, was fully collaborative with pianist/composer, Kate Williams, and released on her label but I usually self release on my own, Roomspin Records. I oversee production and art direction but in recent years I’ve built up a trusted team in engineer and producer Andrew Cleyndert and graphic designer Rachel O’Reilly.

Alan and I played our first gigs together (in 2013) in duo and it’s a setting I’ve always been comfortable in. Although we subsequently performed and recorded our first album, ’Songbook’ (2017), in quartet this felt like a familiar return. It allowed us to focus on the parity of the partnership as both songwriters and performers and the purity of that single dialogue.

What were yours and Alan’s inspirations for starting the album? Was it always intended to be an album project?

We didn’t approach ‘Quiet Is The Star’ with the same intention we had had with ‘Songbook’. As our first album, it was really a showcase for our songs together and by nature of it being quartet, needed arrangement and rehearsal.

The starting point for ‘Quiet Is The Star’ was purely to record some of our newer songs and mark the development of our partnership. So we did just one day in the studio (in October 2019) and the only rehearsal was a couple of preceding gigs in Germany and the UK. We let the recording process be as organic as possible and then left it to one side until lockdown #1 started (March 2020). It became apparent it was a cohesive album in post production, not least because of our producer, Andrew Cleyndert’s vision.

You say this work explores the ties we weave in life: sisterly, maternal, romantic, universal, can you tell us a bit more about the concepts behind the album?

Yes I suppose it’s really about love and acknowledging the many ways in which we express that. So considering love not just of one’s family or friends but as a broader mark of respect, an awareness of the world and people around us. We are all connected, as we have really seen during this pandemic.

Using the duo setting, and its apparent simplicity, was a very nuanced way to put these messages across. The songs are slow and quiet and reveal their depth – and hopefully magic – when you sit with them a little while.

You are also releasing a book ‘The Songs Of Alan Broadbent and Georgia Mancio’ complete with lead sheets and artwork which is such a beautiful idea. What were the initial inspirations behind making the book?

We had talked about doing this for a couple of years but either there wasn’t enough time to really start such a big project or we found it hard to stop writing. We kept hitting new milestones: 20 songs together, 25, 30, until we eventually – and slightly randomly – settled on 33 and realised it was time to make it happen! I also definitely felt more urgency to share our work when the world changed so dramatically last year.

As soon as we decided to incorporate Simon Manfield’s beautiful bespoke artwork from both albums ‘Songbook’ and ‘Quiet Is The Star’, the book took on another dimension. We added some words about our writing process and the stories behind each song to make the experience as personal and involving for the reader. It’s also a spring board though of course, for others to sing our songs and make them their own.

What are your aspirations for this album? Where do you hope it will take you in the near future?

We really hope to reach out to our incredible jazz community and have already had our songs covered by artists such as Tierney Sutton and Janis Siegel. More and more though I am happy to smudge the boundaries of genre labelling and in writing about such universal moments, would love to see the music shared far and wide.

Of course I’m also looking forward to playing these songs live with Alan again. It’ll be worth the wait.

We’re confident that these bodies of work will reach and move so many. What do you hope people will take from this new work?

Maybe we’ve become better at standing still a while, appreciating what we have right now and recognising that fragility does not equate with weakness. We hope these songs will perhaps offer some sense of solace and empathy and remind us that there is still beauty, kindness and gentleness even in the hardest of times.

Thank you for speaking with us! Have you got any further musical plans you’d like to tell us about before you go?

Thank you so much for this life-affirming and prescient platform you have created for us all. I’ll be listening to the birds for a little while for inspiration to keep writing until we can safely get back to playing live.