Georgia Mancio has been described as an instrumentalist’s vocalist, but if the suspicious jazz crowd take that to mean that she phrases like a saxophonist and sidelines good lyrics, it would be way wide of the mark.

Mancio makes a one-night appearance in a singers’ week curated by the charismatic Ian Shaw, retunring to the home of her own annual convention of jazz singers, the ReVoice! festival. Mancio is a former Ronnie Scott’s waitress who turned that close proximity to the world’s great performers into a life-changing jazz education. With her 2008 breakout album Trapeze, she applied her coolly undemonstrative musicality to both Latin music and jazz standards, while enterprisingly setting Antonio Carlos Jobim’s gauzy music alongside more muscular theme from Pat Metheny and Tom Waits.

Mancio partners with Shaw and pianist James Pearson at this gig. 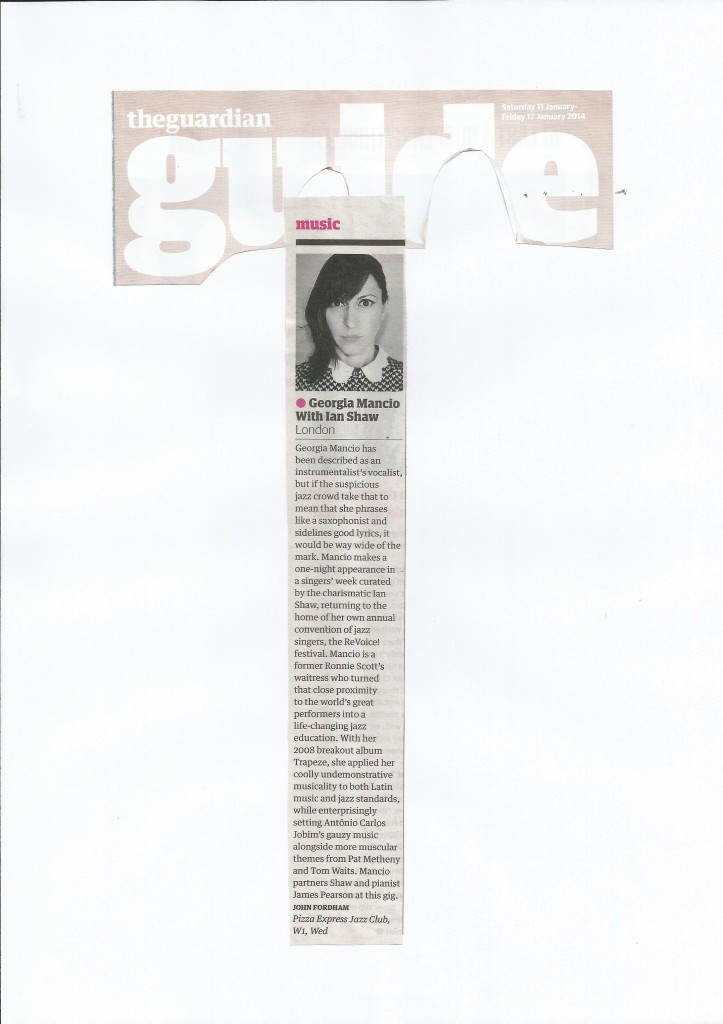