As well as being a first-rate vocalist and bandleader, Georgia Mancio has built quite a reputation for herself as curator of the increasingly successful ReVoice! Festival, which celebrates its 5th anniversary from 9th-20th October this year.

“I’m very proud that from an initial five day event in 2010 this will be our longest edition yet,” says Mancio, “twelve nights over four venues in and (for the first time) out of London.” As well as concerts at the capital’s Pizza Express and 606 jazz clubs, Mancio takes the ReVoice brand to Watermill Jazz in Dorking (Claire Martin and Joe Stilgoe, Oct 9th) and the Hunter Club in Bury St Edmunds (Gabrielle Ducomble, 19th).

The festival is extremely rewarding for punters – the bill of fare includes sets from the esteemed likes of Carmen Lundy, Christine Tobin, Rebecca Parris and several others – but also for Mancio herself. “ReVoice! is an incredible opportunity for me to develop as an artist,” she says, “as not only am I constantly inspired by the many diverse vocalists I programme but I also perform an opening set each night with a different – and often brand new – collaborator.”

Mancio is gaining deserved praise for her endeavours and overall vision. “It’s important to me to break down the mythical barriers between vocalists and musicians, and indeed between performers and promoters,” she asserts. “We are all seeking the same result: beautiful music that speaks to an audience, and an audience that speaks to the world about our beautiful music. I hope there’s something for everyone to get talking about with ReVoice! 2014!”

This is definitely a festival that celebrates both musicianship and the sense of community, allowing national and international collaborations that probably would not be possible otherwise. Check out www.revoicefestival.com for more info. 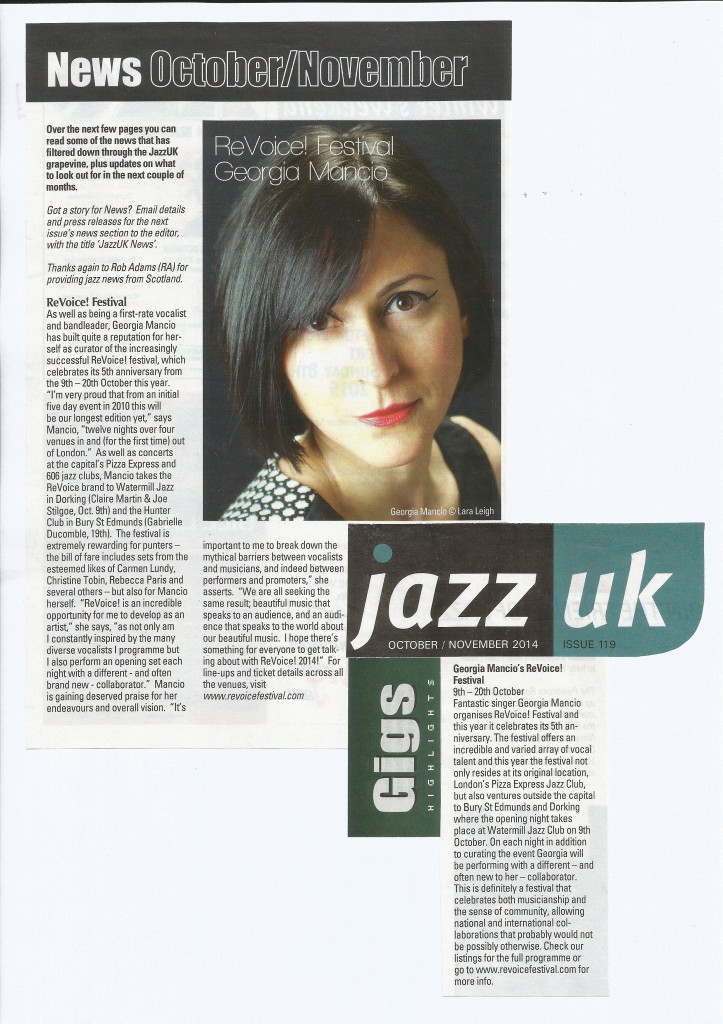